Home » PlayStation » PlayStation 4 Games » Role-Playing » The Witcher 3 Game of the Year Edition (PS4)
Shop by Category
Out of stock!
Fill this form to be informed when this product arrives:
Name
E-mail 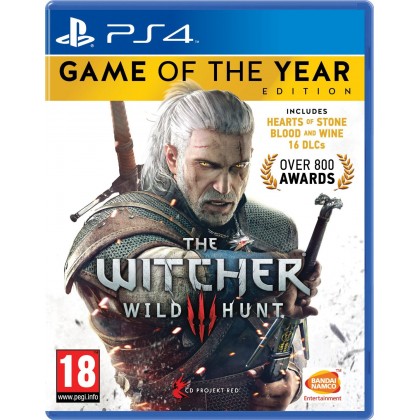 ( 5 / 5 )
One of the best games I have ever played. The map is enormous with a vast variety of monsters to kill, sights to see, objects for your horse to glitch out on. the main quest is long and keeps you on the edge of your seat through all of it, but the witcher shines because of how good the side quests are as well, this game is filled with mini quest lines that will change the ending of the story by even a small margin. and that's not even mentioning the DLC's which are on par with the game. this is a sure recommend for anyone who loves RPG's, and any skyrim fans as well.
Amr on 06/09/2017

( 5 / 5 )
I don't trust many websites to buy from usually.but, gamerzlounge is my favorite and most trusted site for me know .. thank you for making buying so much easier for us and may god bless you and your efforts
Mahmoud on 17/06/2017