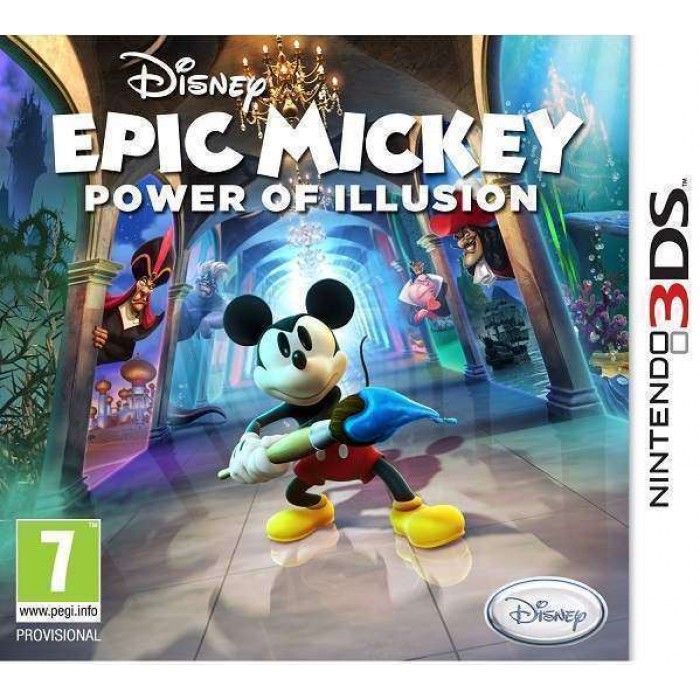 Out Of Stock
Disney Epic Mickey 2 - The Power of Two
Based on 0 reviews. - Write a review
719EGP
Add to Cart

•       Play as Mickey Mouse as he infiltrates the Castle of Illusion on a quest to put an end to the evil witch Mizrabel’s diabolical intentions.

•        Players will be taken on an all-new adventure made specifically for the Nintendo 3DS where, “Reality Is What You Paint Of It.”

•       Players will take on the role of Mickey Mouse as he utilizes his magical brush to wield paint and thinner to confront Mizrabel and save the Toons.

•          “Disney Epic Mickey: Power Of Illusion” offers a special drawing and painting function that will allow players to create an interactive world by using the stylus to draw objects in the bottom screen that magically transform into classic Disney-style 2D illustrations. Utilizing the game’s unparalleled dual screen integration, players will then move their creations to the top screen where they are further transformed into beautiful, fully realized objects that pop off the screen in stunning 3D.

•          Players will utilize the core “Disney Epic Mickey” gameplay mechanic of paint and thinner while playing as Mickey Mouse in an attempt to save classic Disney Toon characters.

•          Players will adventure through game levels based on animated Disney films such as “Peter Pan” and “Aladdin,” as well as interact with beloved Disney characters.

•          In between adventures, players can develop their own fortress by taking a small fort and expanding it into a thriving castle.