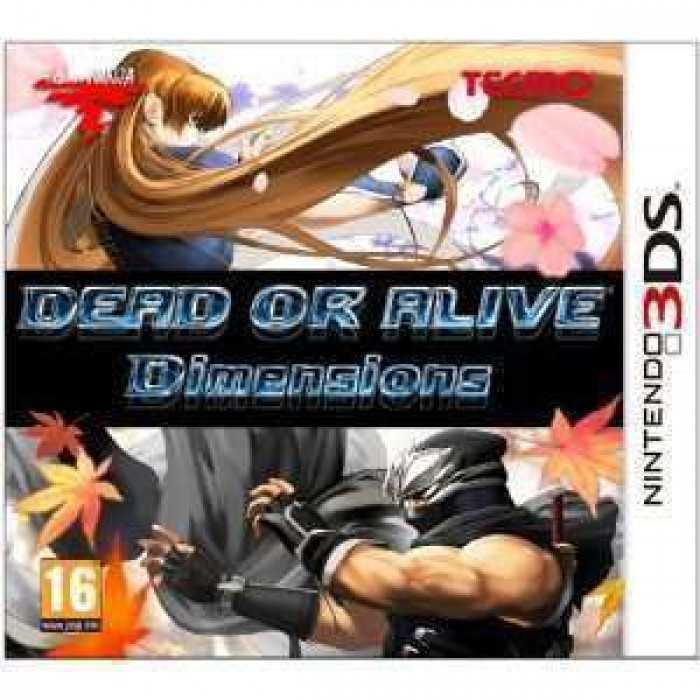 2-3 Days
Dead or Alive: Dimensions
Based on 1 reviews. - Write a review
719EGP
Add to Cart


The newest instalment to the world-renowned fighting game franchise, Dead Or Alive Dimensions makes its way onto the Nintendo 3DS.

Dead Or Alive: Dimensions is the latest chapter in the Dead or Alive series of 3D fighting games. It is a strategic fighting game where a range of characters battle in 3D arenas, using a mix of fighting moves. This is the first time that a Dead Or Alive fighting game has been available on a portable system, and also first time on a Nintendo platform.

Enjoy the complete storyline of the DOA series, with a new Chronicle Mode that retells the entire saga, with new exclusive parts of the story which solve previously unexplained mysteries.

This is a 3D fighting game, which means that the two opposing characters can move into the background or the foreground with specific commands, hence turn around each other and attack from the sides and from the back; the action does not take place along a flat "2D plane".

The stages where the battles take place can be interacted with. For example you can throw opponents through walls or break into new areas during the fight.

The player can fight CPU or human controlled opponents in a series of matches, depleting the Life gauge of the opponent is the required condition to win each match. The range of characters include beautiful women and zany personalities. New to the Nintendo 3DS game are fully autostereoscopic 3D visuals, enhanced online functionalities, StreetPass functionalities and the possibility of executing combos by selecting them from a list on the Touch Screen.