Home » PlayStation » PlayStation 4 Games » Role-Playing » The Technomancer - Playstation 4
Shop by Category
Out of stock!
Fill this form to be informed when this product arrives:
Name
E-mail 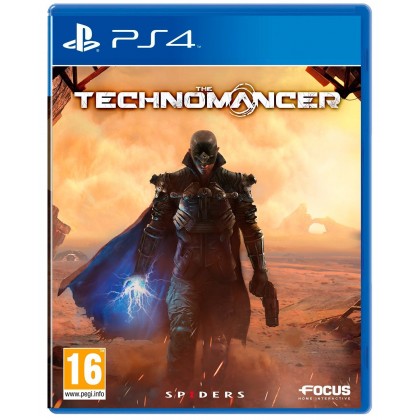 Set on Mars during the War of Water, The Technomancer is the enthralling new sci-fi RPG developed by Spiders studio for PlayStation4, Xbox One and PC. Threatened by the secrets of his past, an aspiring Technomancer must navigate hostile environments searching for answers that could be the key to protecting his future. The Technomancer offers players dynamic RPG gameplay and action-oriented combat along four different skill trees, concentrating on three different fighting styles and the destructive electro-focused powers of the Technomancers. But brute strength won't get you through every situation: conversational dialogue plays an important role in quests, changing the story depending on the decisions you make. Along your adventure, you will craft equipment, weapons and armour for yourself and for the companions you'll recruit, nurturing relationships with these important allies. Confronted with the cruelty of Mars' iron-fist enforcers and alien wild-life, can you survive long enough to uncover the truth behind The Technomancer? Technomancers are "mage-warriors" with an innate talent to harness destructive electricity-based powers using cybernetic implants. Both respected and feared by all, they are formidable warriors trained to fight from a young age. You are one of them, close to passing your initiation rite to become a full-fledged Technomancer.