Home » PlayStation » PlayStation 4 Games » Adventure » Sherlock Holmes: The Devil's Daughter (PS4)
Shop by Category
Out of stock!
Fill this form to be informed when this product arrives:
Name
E-mail 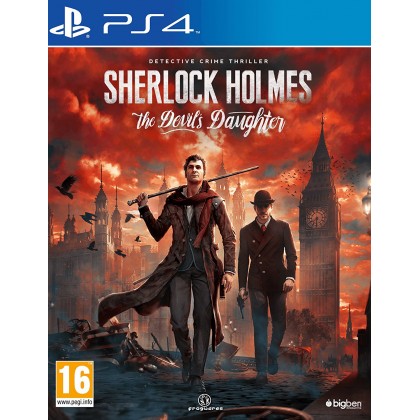 London, 19th century. Moriarty is dead, but his dark legacy lives on. Welcome to 221B Baker Street for the thrilling adventure that will challenge the master sleuth as never before. When a mysterious lady moves to 221C, try to uncover the truth as you hide a terrible secret from your adopted daughter. While solving four seemingly unlinked cases, Holmes' story will culminate in his greatest-ever problem, involving his most beloved ones and his worst enemies in a deadly chase for the truth.