Home » Jump Force: Deluxe Edition (Nintendo Switch)
Shop by Category
Out of stock!
Fill this form to be informed when this product arrives:
Name
E-mail 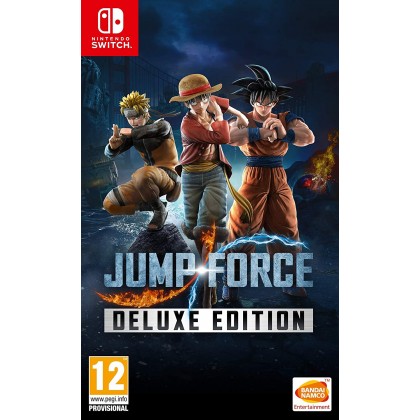 For the first time ever, the most famous manga heroes are thrown into a whole new battleground: our world. Uniting to fight the most dangerous threat, the jump force will bear the fate of the entire human race.

jump force Deluxe Edition will be coming to the Nintendo Switch in 2020 with a roster of over 50 playable characters hailing from 16 different weekly Shonen jump franchises and including all previously released DLC characters from characters Pass 1.