Home » Adventure » Aragami (PS4)
Shop by Category
Out of stock!
Fill this form to be informed when this product arrives:
Name
E-mail 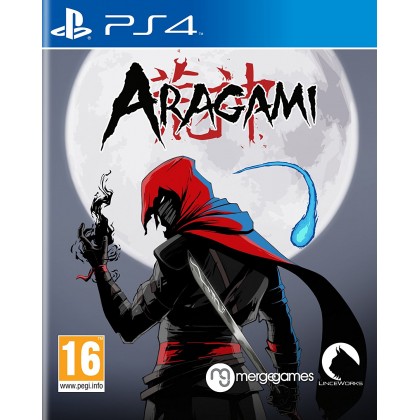 Aragami is a third-person stealth game in which you control the shadows. Play as Aragami, an undead assassin with supernatural abilities. You, a once mighty warrior, have been summoned back from the dead by Yamiko, a noble girl from the sacred citadel of Kyuryu. How you were once defeated or any clear memories to your past are all fragmented. Make your way through the heavily guarded city with Yamiko by your side as you uncover memories from your past life and ultimately decipher your connection with your summoned.

Use your Shadow Powers to become the ultimate stealth killer. Cast shadows on any surface and use your Shadow Leap to move around undetected. Dispose of enemy corpses using your Shadow Vanish, create shadow clones to distract your enemies or invoke black holes to swallow your targets in one fell swoop. As you advance you will need to use all your powers and wit to sneak past guards, teleport between shadows, create your own areas of darkness and strategically assassinate those who stand in your way.

Aragami has strong influences from stealth classics such the Tenchu Saga, or more modern stealth gems like Mark of the Ninja and Dishonoured. The scenarios are open and filled with multiple hidden paths and ways to reach your objectives. Aragami has a punishing difficulty; you are lethal when undetected, but outmatched in numbers. Getting detected can lead to an abrupt defeat, so you must rely on your supernatural abilities and stealth to choose your battles wisely.