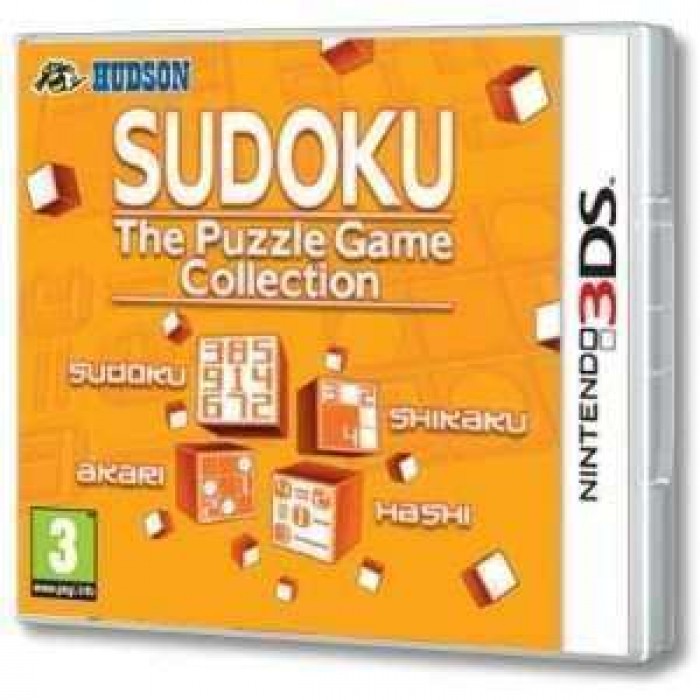 Sudoku - The Puzzle Game Collection
Based on 0 reviews. - Write a review
518EGP
Add to Cart

Sudoku The Puzzle Game Collection is a test of mental acuity for the Nintendo 3DS, offering a choice of four puzzle game styles, including the numerical test that is Sudoku. Based on puzzles devised by world-famous puzzle maker Nikoli, the quartet is completed with versions of Hashi (Bridges , Shikaku (Boxes and Akari (Museum - some of Japan's most taxing puzzle styles.

Each puzzle has been created to benefit from simple control interfaces designed to ease the player into the complexities that the four sub-games offer. To this end, Sudoku The Puzzle Game Collection will make use of Nintendo's clever 'Play Coins' system. Players earn points as they carry their Nintendo 3DS with them, and these can be exchanged within the Hudson game for hints for particularly challenging puzzles.

The 3D capabilities of the format are used in each game via beautiful imagery, with Shikaku showing off formed boxes with specially-created visuals, while Hashi's linking bridges are also brought to vivid life. Sudoku The Puzzle Game Collection contains a total of 600 tests, ranging from basic introductory stages through to Hard challenges that will test the most intelligent of players.