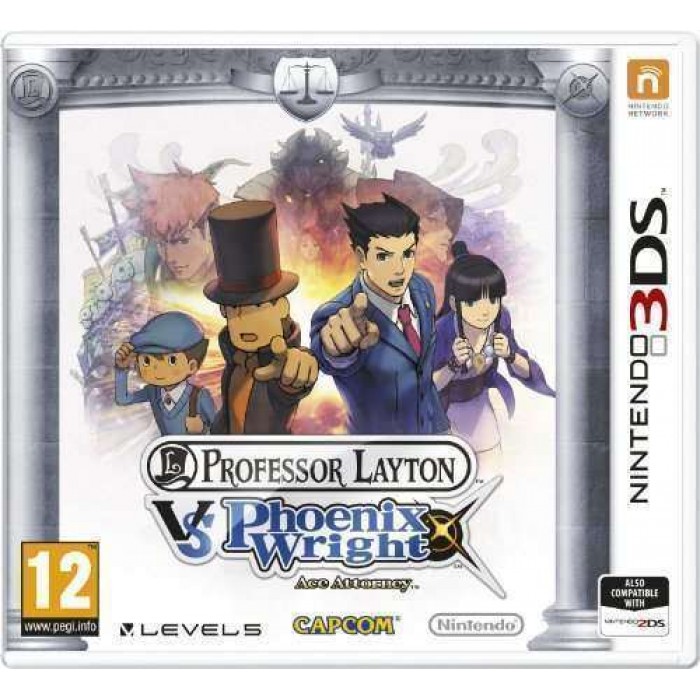 Out Of Stock
Professor Layton vs. Phoenix Wright: Ace Attorney
Based on 0 reviews. - Write a review
1,080EGP
Add to Cart
This item will be released on March 28, 2014.
When the mysterious Espella is pursued through London by a bewildering force, she desperately seeks help from legendary puzzle investigator Professor Layton and his assistant Luke Triton. However, before the duo are able to work out what’s going on, Espella is suddenly kidnapped. While attempting to track her down, Layton and Luke encounter a strange book and are transported to the outlandish medieval city of Labyrinthia – a place allegedly inhabited by witches and magic!
Meanwhile, defence attorney extraordinaire Phoenix Wright and spirit medium-in-training Maya Fey also find themselves teleported to Labyrinthia after discovering the same book during a business trip to London. When he realises that Espella is be put on trial as a witch, Phoenix decides to defend her in court. While Phoenix learns the bizarre laws of the land, Professor Layton sets out to solve the mysteries of Labyrinthia – but can the two masters of their professions work together long enough to save the day? Uncover the truth in Professor Layton vs. Phoenix Wright: Ace Attorney, only on Nintendo 3DS!

Key Features
Two entirely unique gameplay styles collide – investigate the mysteries of Labyrinthia, solving puzzles as you go, then seek justice in the courts of law!
Professor Layton’s expertise is put to the test at he explores the city, finding clues, solving puzzles and speaking with its enigmatic inhabitants.
Meanwhile, Phoenix Wright defends his client to the end in a courtroom quite unlike any he’s experienced before. With completely different laws and logic at play in Witch Trials, Phoenix must cross-examine witnesses, and sometimes even quiz multiple people at once to find contradictions!
Hint Coins can be found dotted around Labyrinthia; if you’re in a spot of bother, whether you’re trying a testing puzzle or having trouble cracking a particularly wily witness, buy a helpful clue to point you in the right direction.
Alternate between two play styles and experience the best of both worlds to solve a supernatural case filled with twists and turnabouts.
When the puzzle professor and the ace attorney unite, no conundrum can get between them and the truth!
Tags: professor , layton , vs. , phoenix , wright: , ace , attorney , 3ds

Out Of Stock
Nintendo Power Adapter OEM (Nintendo 3DS)
The official Nintendo power adapter allows you to charge your Nintendo handheld console with any three-pin socket.Simple to use, just plug-in, cha..
399EGP
Add to Cart

Out Of Stock
Detective Pikachu (Nintendo 3DS)
Take the role of young Tim Goodman and explore with his talkative partner Pikachu in the action-adventure game Detective Pikachu Tim and this g..
799EGP
Add to Cart 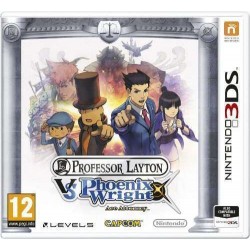 Out Of Stock
Professor Layton vs. Phoenix Wright: Ace Attorney
This item will be released on March 28, 2014.     When the mysterious Espella is pursued through London by a bewildering force, ..
1,080EGP
Add to Cart