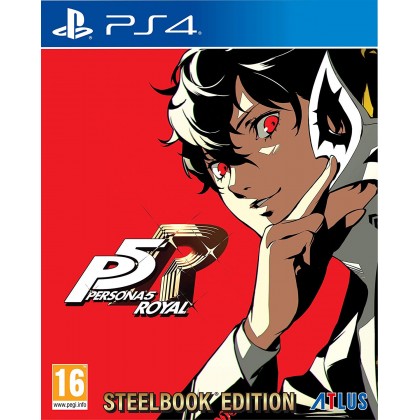 Prepare for an all-new RPG experience in Persona 5 royal based in the universe of the award-winning series, Persona! Don the mask of Joker and join the Phantom Thieves of hearts. Break free from the Chains of modern society and stage grand heists to infiltrate the minds of the corrupt and make them change their ways! &Lt; br>
Persona 5 royal is packed with new characters, confidants, story depth, new locations to explore, and a new grappling hook mechanic for stealthy access to new areas. With a new semester at shujin Academy, get ready to strengthen your abilities in the metaverse and in your daily life. Persona 5 royal presents a unique visual style and award nominated composer Shoji Meguro returns with an all-new soundtrack. Explore Tokyo, unlock new Personas, customize your own personal Thieves den, discover a never-before-seen story Arc, cut scenes, alternate endings, and more!

even for the most seasoned Phantom Thieves among Us, Persona 5 royal is a new challenge to defy conventions, discover the power within, and fight for justice. Wear the mask. Reveal your truth.