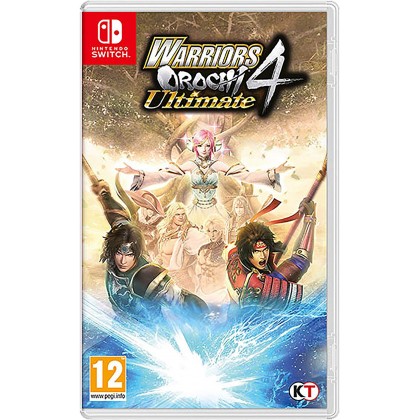 The latest in Koei tecmo's dynamic crossover series features characters from DYNASTY WARRIORS, Samurai warriors, and the gods of ancient history joining together in an all-out fight against swarms of enemies as they seek answers to why they were reunited to battle in this mysterious new world. All-star characters and fan favourites from past Koei tecmo games join the ultimate cast, boosting the number of playable characters from warriors Orochi 4's staggering 170, to the eye-popping new count of 177. New characters include Joan of Arc, the heroine of France and saviour of Orleans praised for her strong sense of justice and Kindness, and the mother Earth goddess Gaia, who created numerous lands at the beginning of time and now looks to unite our heroes in an effort to help save the world.