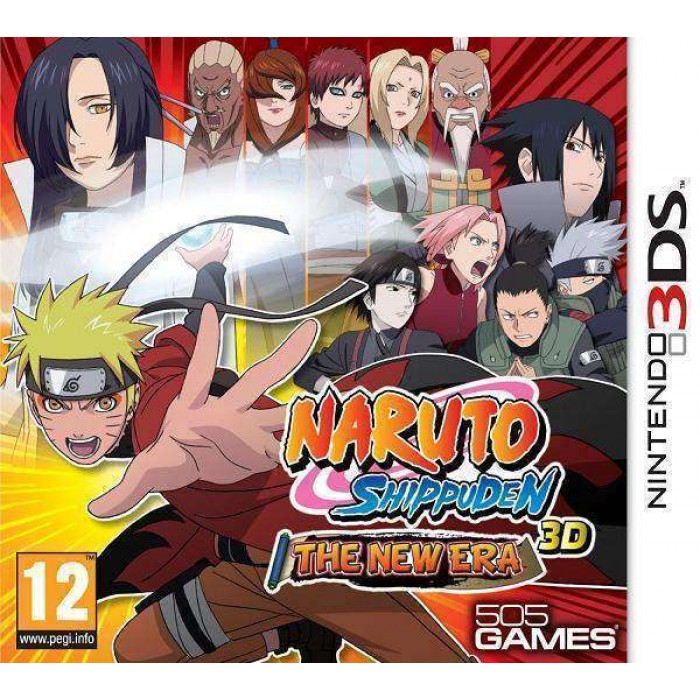 A new beginning and the first Naruto game with dynamic and realistic visuals, in 3D!

As the Five Great Nations prepare for battle, Naruto must learn what is behind the Kages’ strange behaviour and stop the tides of war from engulfing the land.

Follow Naruto and the ninjas of the Leaf Village in to an adventure where the appearances would often be misleading and where nothing is what it seems!

In the midst of another round of gruelling training on Mount Myoboku, Naruto receives an urgent message from Kakashi.

Without warning, Tsunade has broken off their alliance with the Village Hidden in the Sand and moved to strengthen the nation’s military.

Greatly disturbed by this news, Naruto rushes towards the Village Hidden in the Leaves, only to run straight into Tsunade, who is lurking suspiciously in the woods outside of town.
What could possibly be causing her to act so strangely?

Naruto then receives word that all of the other Great Nations have declared war against the village, raising the likelihood that something unusual has happened to the other Kages as well.
To uncover the truth, Kakashi sends Naruto on a secret mission to each of the Hidden Villages.

As the Five Great Nations prepare for battle, Naruto must learn what is behind the Kages’ strange behaviour and stop the tides of war from engulfing the land.

A selection of Characters:

A youngster who dreams of becoming Hokage of the Village Hidden in the Leaves. The Jinchuriki of the Nine-Tailed Fox, he possesses an indomitable fighting spirit that will surely bring great change to the world of Ninja. Training on Mount Myoboku has taught him how to manipulate Nature Energy, a force through which he can unleash powerful Sage Jutsu.

Nicknamed the “Copy Ninja”, this Jonin has mastered a large number of Ninjutsu techniques using the Sharingan fitted to his left eye. He can also perform Mangekyo Sharingan to unleash Visual Jutsu: Kamui.

A new member of Kakashi’s team, this Shinobi earned his stripes in the Anbu Black Ops Training Division. The Super Beast Scroll he writes with his own hand can be used to attack the enemy or search places normally out of reach.

A Kunoichi whose instructor is none other than Tsunade, the Fifth Hokage. Her unshakable determination is the perfect complement to the incredible strength and Medical Ninjutsu she has learned from her teacher.