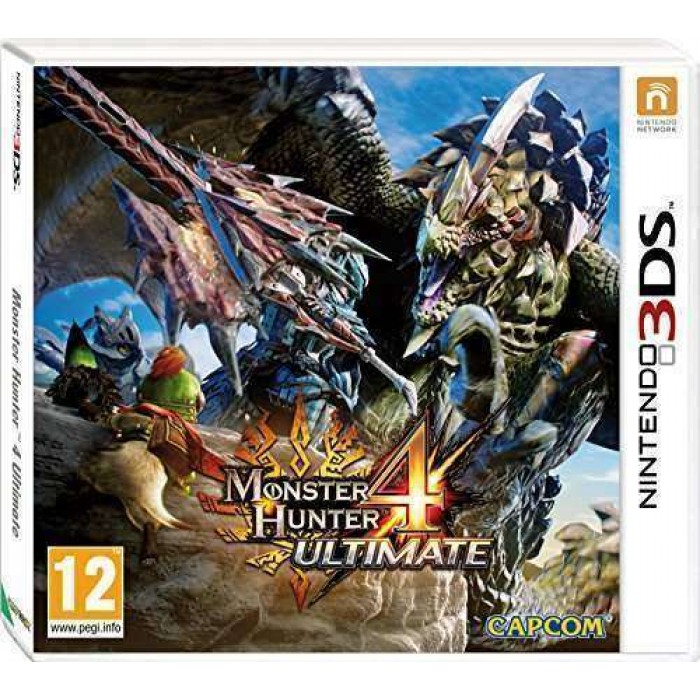 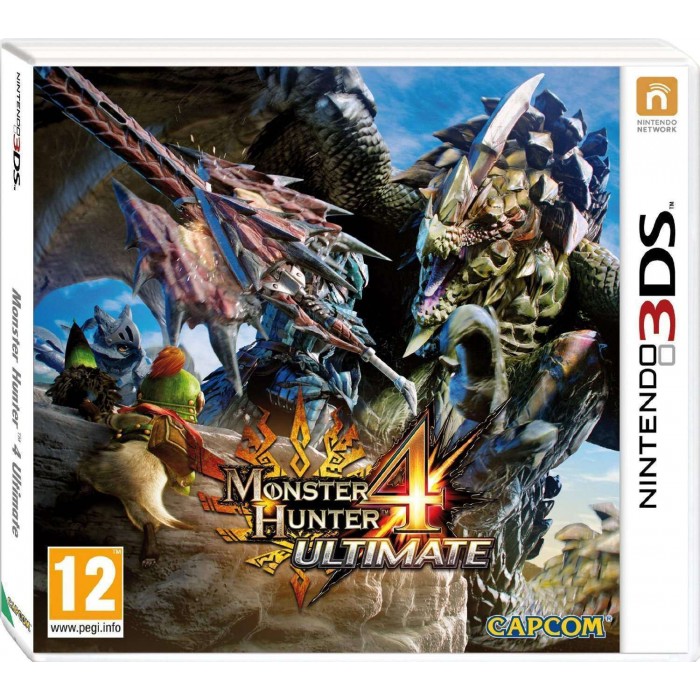 In Monster Hunter 4 Ultimate, players will take on the role of a hunter that joins up with a traveling caravan to explore new lands and towns along the way. This grand adventure will include hundreds of quests to take on a variety of extraordinary creatures that yield valuable resources used for weapons and equipment. Launching on Nintendo 3DS, Monster Hunter 4 Ultimate represents the biggest leap forward ever for the series, with more new content and exciting features than ever before. Also, for the first time ever for the Monster Hunter series on a handheld system, players will be able to join up with friends over the internet via the Nintendo Network, as well as the previously available local wireless option.

Monster Hunter 4 Ultimate will take players to new heights, literally, with the introduction of more vertical and lateral movement than ever. An expanded repertoire of actions will create more dynamic hunting experiences with fluid climbing motions and the ability to jump attack from walls or ledges. In addition, players will be able to ride atop a monster for a limited time as they hang on and deliver attacks. With the addition of two new weapon classes, challenging new monsters and numerous locales, Monster Hunter 4 Ultimate will be the most robust hunting experience yet.