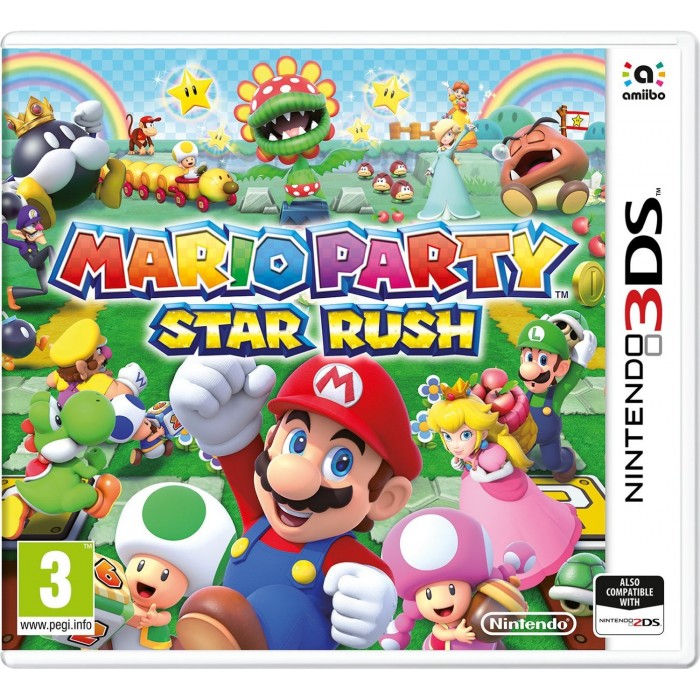 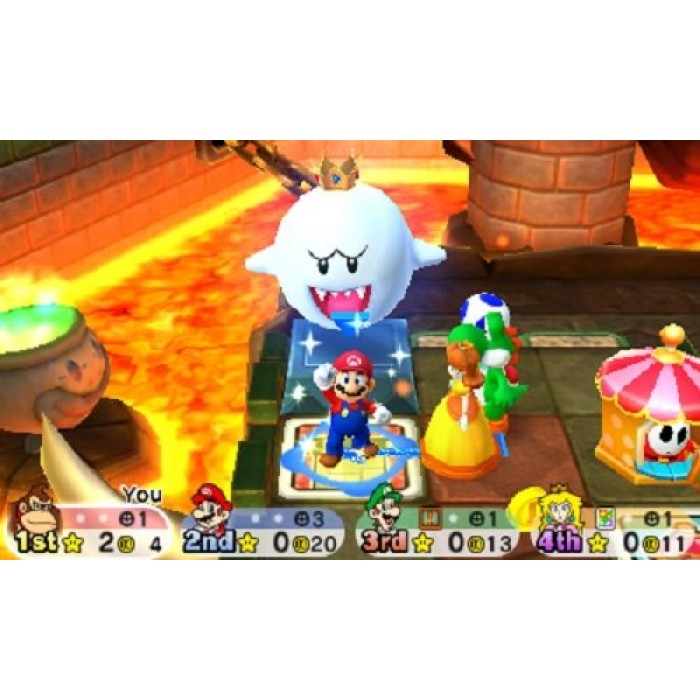 Team up with Mario, Peach, Donkey Kong, and more in the most perfectly portable Mario Party game to date. Play with up to four players simultaneously, exploring different worlds as you freely move your Toad across maps and recruit Mushroom Kingdom allies. Break free of turn order, with all players plotting strategy, rolling the dice and moving...all simultaneously! Team up with your friends in the real world to compete or co-operate to take down bosses in each game board.