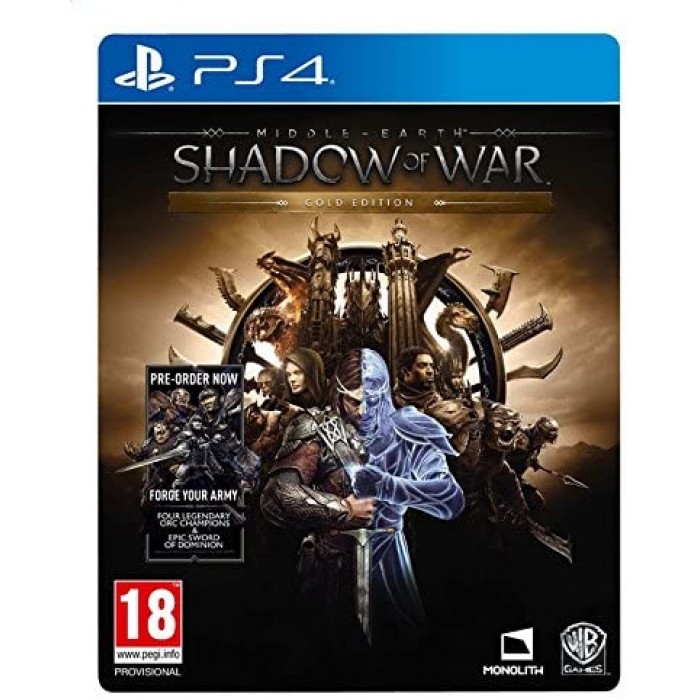 The Sequel to the critically-acclaimed Middle-earth Shadow of Mordor - Winner of over 50 industry awards - arrives this August, continuing the original story of Talion and Celebrimbor, who must now go behind enemy lines to forge an army and turn all of Mordor against the Dark Lord, Sauron.

Immerse yourself in the epic scale of Middle-earth as you forge a new ring and siege epic fortresses to face the Dark Lord and Nazgul.

Experience a richer and more personal world full of new enemy types, stronger personalities and deeper stories - anyone you face can now evolve from a lowly Soldier to a mighty Overlord. Personal Nemesis or Ally.

Go behind enemy lines and use strategy, cunning or brute force to conquer Sauron's fortresses and turn them against him.

IN MIDDLE-EARTH SHADOW OF WAR, NOTHING WILL BE FORGOTTEN.