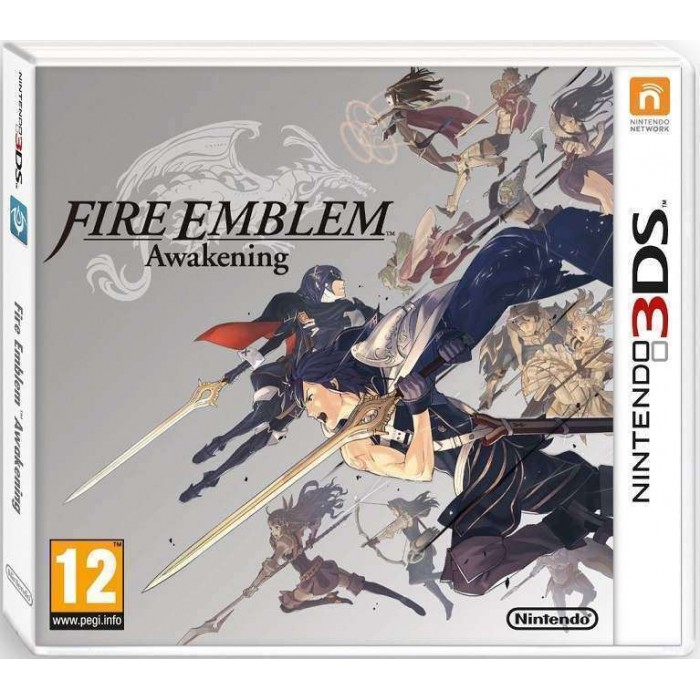 Note: This is a digital copy from the game which can be downloaded from Nintendo UK eshop

Fire Emblem: Awakening offers a unique blend of in-battle strategy, vast character customization, and 3D cinematic graphics that appeal to a wide range of gamers. In this fantasy adventure for the Nintendo 3DS, you have the power to turn the tides of battle in an epic war against a dark dragon. Your fire-breathing foe threatens to destroy the entire empire with help from his armies of the undead. But, with your loyal crew of fighters, you could be the one to stop him for good.

In this game, you’ll join Chrom, brother to Ylisse’s empress and commander of its forces, in a fantasy world teetering on the brink of war. It’s your duty to guide a team of Ylisse’s finest soldiers - knights, mages, archers, and more - against the marauding Plegian bandits. To succeed, you will need to carefully choose the units you take into battle. As you lead your team through battles across maps that span entire kingdoms, your army will grow. Some characters are willing to join you quickly, while others may need more persuasion. Each character earns experience in battle, leveling up and gaining strength and abilities as they do so. It’s up to you to guide their moves, choose their weapons, and direct their attacks.