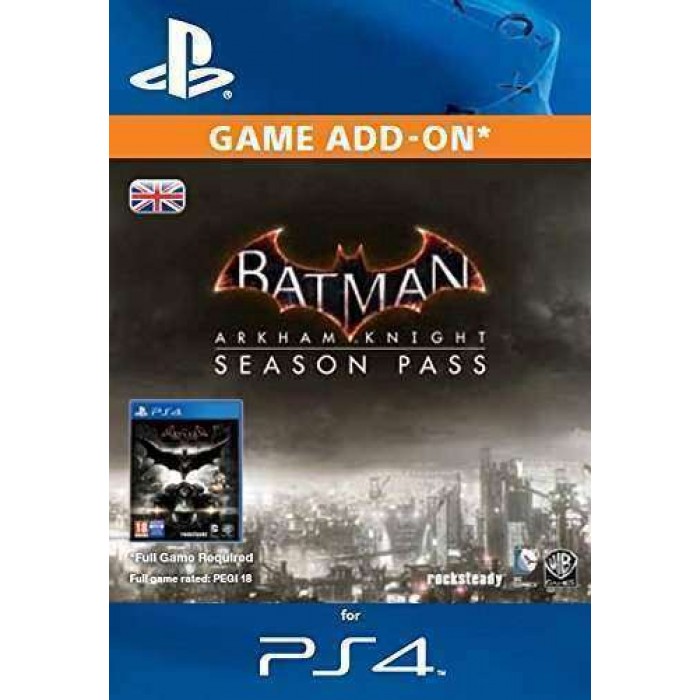 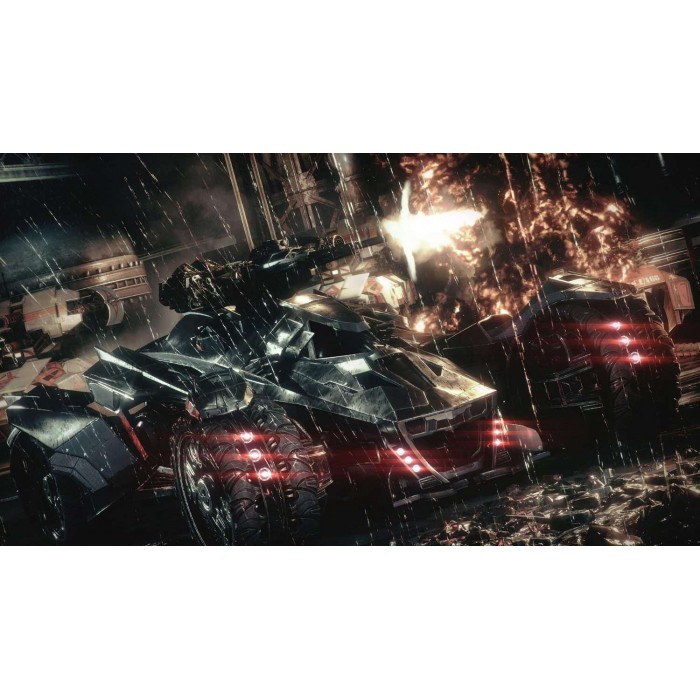 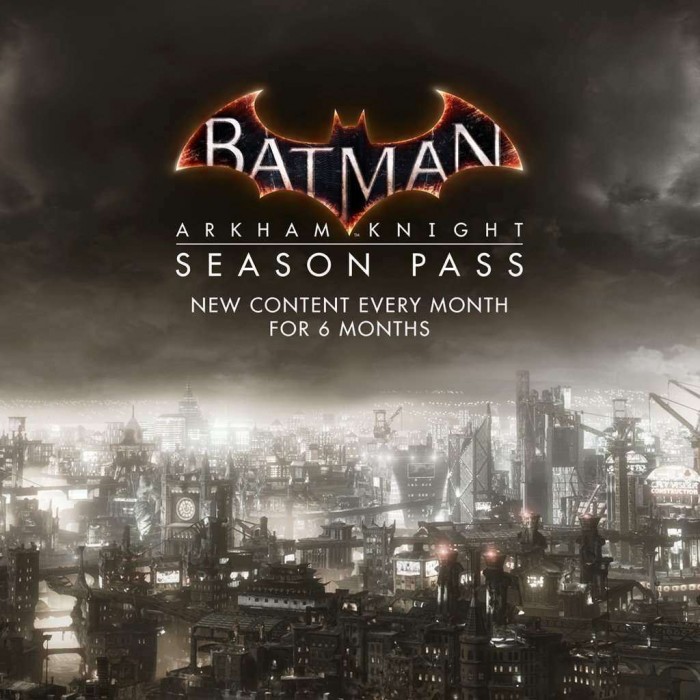 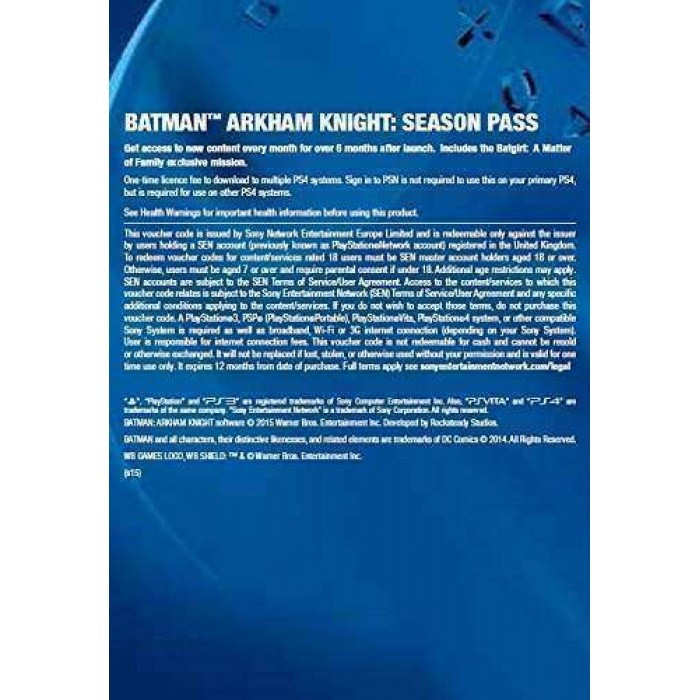 Batman Arkham Knight Season Pass is only available for customers who purchased the game from Gamerzlounge only.

This product is an add-on. Full game required.

Save money on content for this game by purchasing the Season Pass. Content can be downloaded from the PlayStation Store or in-game once it is released. Get access to new content for over 6 months after launch.

Batgirl: A Matter of Family
An all new prequel story expansion in an entirely new location where you play as Batgirl for the very first time in the Arkham series.

Gotham City Stories
Play as Batman’s key allies in narrative missions extending their storylines, from both before and after the events in Batman: Arkham Knight.

Legendary Batmobiles with Themed Track
Drive the most iconic Batmobiles from Batman’s 75-year history, on custom-built race tracks, each themed to that Batmobile’s specific era. Every Batmobile will be drivable across every race track.

Crimefighter Challenge Maps
Engage in a series of new challenge maps utilizing the unique play styles of Batman and his allies.

Character Skins
A variety of skins from across the eras for Batman, Robin, Nightwing and Catwoman.